Bareilly is famous for bamboo furniture, cotton, sugar mills and zari-zardosi work on cloth. It is a city always vibrating with cultural programmes and fashion shows being organized throughout the year. There are many places you will love visiting in Bareilly.

Amusement Parks and Gardens in Bareilly

Fun city and the Boond Amusement and Water Park

Fun City Boond is both an amusement park as well as a water park located on Pilibhit by-pass road in Bareilly. It is believed to be the best amusement park in entire Northern India! Water park is named 'Boond' and comprises of many adventurous water rides, a roller coaster, an amphitheatre and a discotheque. There is also an artificial wave pool here.

A beautiful and well laid out garden, Phool bagh is a delight to visit. The greenery of plants, flowers and trees is mesmerizing too. 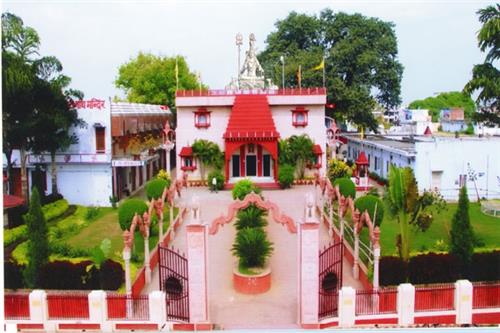 Bareilly is also known as 'Nath Nagari', as there are four Nath or Siva temples dedicated to the Hindu God Shiva. These temples are located in the four corners of the city. These include ---
Other temples in Bareilly are International Society for Krishna Conciousness (ISKCON) temple (near Mayur Van Chetna), Lakshmi Narayan mandir (in Katra Manray, Bara Bazaar), Bankebihari mandir (in Rajendra Nagar) and hari mandir (in Model town).

Chunne Miyan filed a case against the builders of this temple but later relented after he was impressed by the sermons of Har Milapi ji Maharaj of Haridwar. In fact, he supported with the building of this temple and even shelled out financial help. This is why the temple is called Chunne Miyan's Mandir.

Trivati Nath Mandir is located on Macnair Road in Bareilly. It is quite near to Alakhnath Temple. The tulsi math in the temple is named after Swami Tulsidas as this place is believed to be his home. Tulsidas was the author of Ramcharitmanas during 1600 CE and people believe that he was a re-incarnation of Valmiki who wrote Ramayana.

The temple is dedicated to Lord Shiva and stand aloft at the centre of Bareilly. 'Trivati Nath' is another name for Lord Shiva

The Alakhnath Temple is the main centre of Naga Sanyasins who belong to the Anand Akhara order. They are basically a group of Shiva devotees. There are shrines of other Gods and Goddesses too in this temple. Domestic animals such as cows, camels and goats are seen in the courtyard. Devotees offer prayers by singing bhajans here. The courtyard is quite large and comprises of small and big shrines located inside and outside the main building. 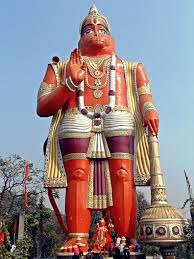 Alakhnath Templeis one of the four Nath (Shiva) temples situated in four corners of Bareilly city.
This temple is the headquarters of the Anand Akhara order of Naga sannyasins.Members of this order of Shiva devotees are referred to as 'Naga Babas'.

In ancient times, Ahicchattra was a city near Bareilly which was the main city of an ancient empire. Since ancient times, there are four temples --- TrivatiNath, AlakhaNath, Dhopeshwarnath and Madhinath in four corners of Bareilly. This is the reason why Bareilly is also known as Nath Nagri or the 'City of temples'.

The Dhopeshwarnath temple located in Sadar Bazaar area cantonment area is dedicated to Lord Dhopeshwarnath. This is the place where Dhristadyumana and Draupadi were born back in the age of Mahabharata.This is a famous temple in Bareilly. The interesting part about visiting this temple is that you have to find your way through a tunnel that contains water reaching upto your waist level. After you pass through the tnnel or gufa, only then can you reach the temple. There is a water pool around the temple and devotees also take a cool dip here. 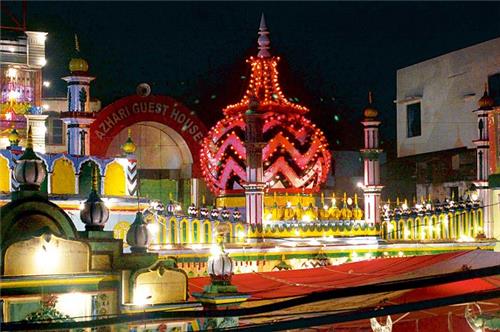 This is the Dargah of Imam Ahmed Raza Khan Barelvi, an Ahle Sunnat Scholar. He is well known for his silsila named Razwi Silsila of Sufism. 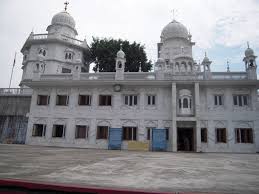 The Sikhs do not believe in idol worship and instead worship the holy Guru Granth Sahib. When you enter a Gurudwara, make sure that you cover your head with a cloth or handkerchief. Gurudwaras in Bareilly include the following - 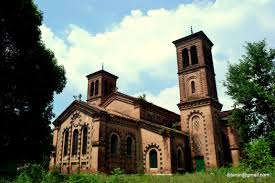 There are some churches in Barielly that are important from architectural and historical point of view. The churches are frequented by all the Christians for their prayers and at the same time are important tourist attractions as well.

Your trip to Bareilly can be a spiritual journey too! There are many temples, churches, Gurudwaras to visit and the famous mausoleum too. Take your pick from the bazaars of Bareilly and make your visit to Bareilly a memorable one!